LiveImpact is proud to support Cheetah Conservation Botswana in their efforts to preserve their nation’s Cheetah population. Through scientific research, community outreach, and conservation education, they have worked closely with rural communities to promote a peaceful coexistence among Botswana’s rich diversity of carnivore species.

Botswana is home to the second largest cheetah population in the world.  It’s location in Central Africa makes this community among the most crucial for unifying those in: Namibia, South Africa, Zimbabwe, Zambia, and Angola.  Due to threats such as population fragmentation, habitat loss, and human encroachment, the current conservation infrastructure is not well-enough equipped to effectively combat the issues that face Botswana’s cheetah population.  For this reason, Cheetah Conservation Botswana requires effective and efficient nonprofit technology in order to maximize the impact that their conservation efforts have in their community.

Learn more about Cheetah Conservation Botswana by visiting their Website

An integrated technology platform specifically for social impact orgs, nonprofits and CSR groups. Cut costs, maximize impact and connect with your cause! 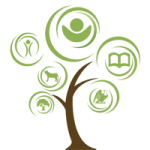